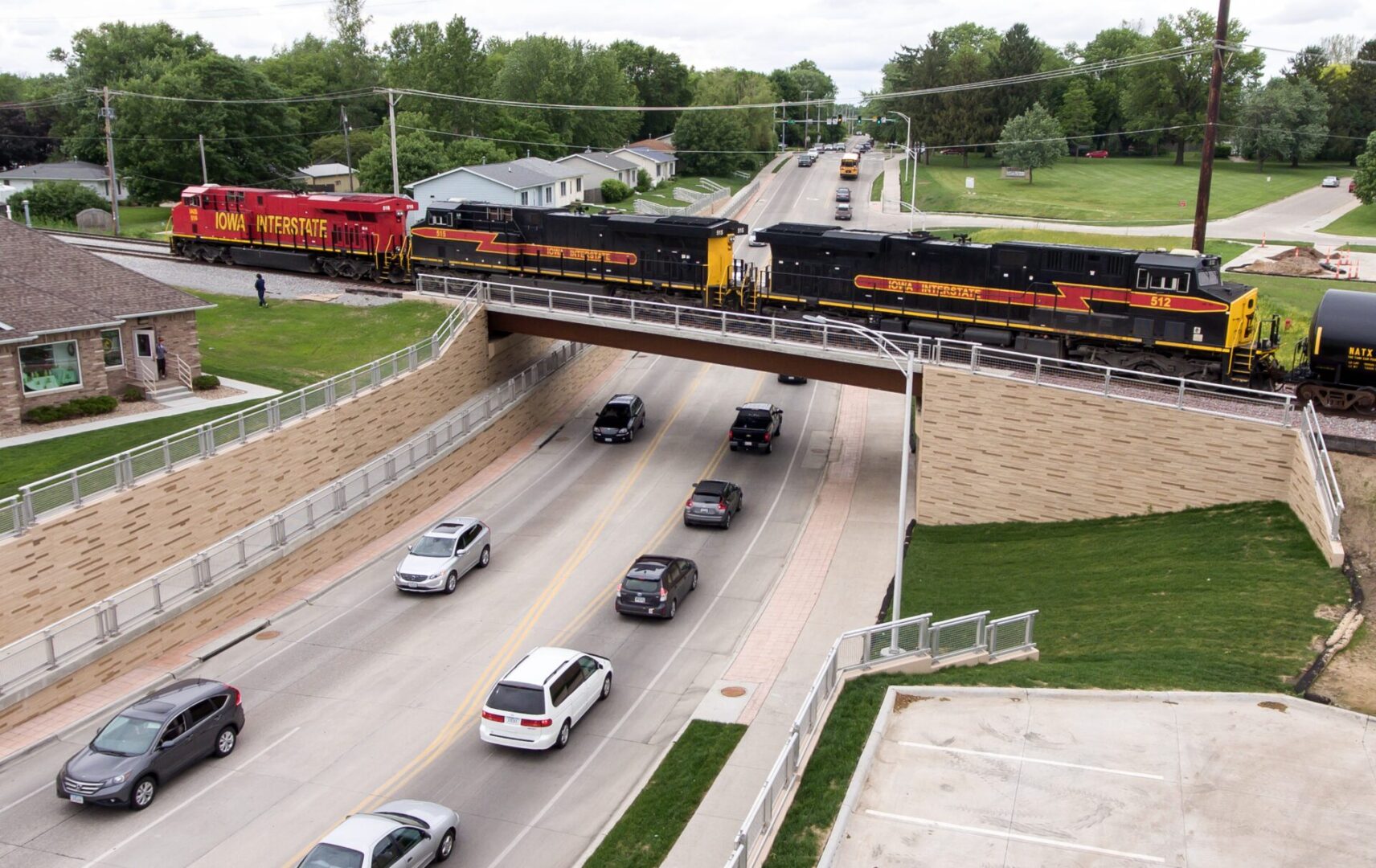 Iowa City, Iowa had a dilemma on its hands: the approximately 14,000 vehicles that passed over First Avenue had to stop for two to four trains a day, which caused significant traffic delays and safety concerns.  The solution was to lower the road by 16.5 ft and raise the Iowa Interstate Railroad by 5 ft, creating a grade separation crossing.  Most critical to the project was keeping all transportation corridors open to the fullest extent during construction. This included an open passage for vehicle traffic, as well as train traffic.

Railway A.R.E.M.A. specifications were monitored for bridge construction while the Iowa DOT specifications were used for retaining wall and roadway construction.  With multiple self-performed crew operations throughout the accelerated winter and spring schedule, PCI was able to increase productivity to reduce further schedule delays.  Over 2,400 CY of structural concrete was installed to meet the project specifications.

Early in the project, a private utility contractor relocated a high-profile fiber below First Avenue roadway within the shoofly alignment.  The installation was scheduled to be directionally bored along the bedrock from the existing grade over 30 feet deep.  This utility was unable to be located until the stage 4 critical closure at which time it was determined to conflict with First Avenue roadway subgrade, storm sewer, and retaining wall A foundation.  PCI coordinated and provided resources with private utility contractors to relocate and minimize delays.

During the stage 4 critical closure, native subgrade throughout First Avenue roadway was determined to be unsuitable.  Options were evaluated to core out and replace the unsuitable subgrade, but it was determined the additional time and costs were prohibitive to keeping the critical closure schedule; therefore, cement soil stabilization was implemented on short notice to expedite schedule and provide proper subgrade.

With multiple self-performed crew operations throughout the accelerated winter and spring schedule PCI was able to increase productivity to reduce further schedule delays.  All project goals were achieved in a fully developed area with no direct impact to existing structures. 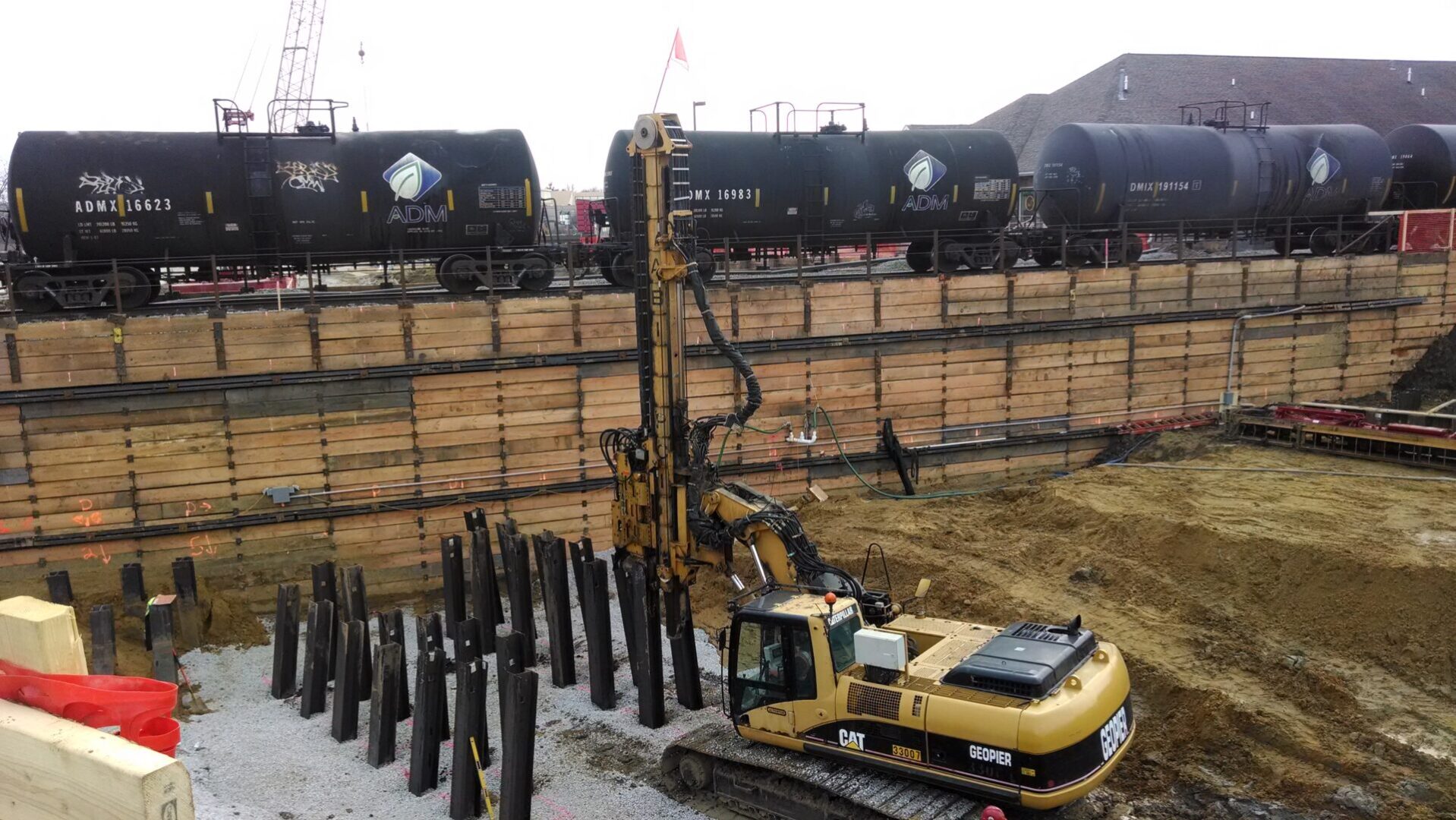 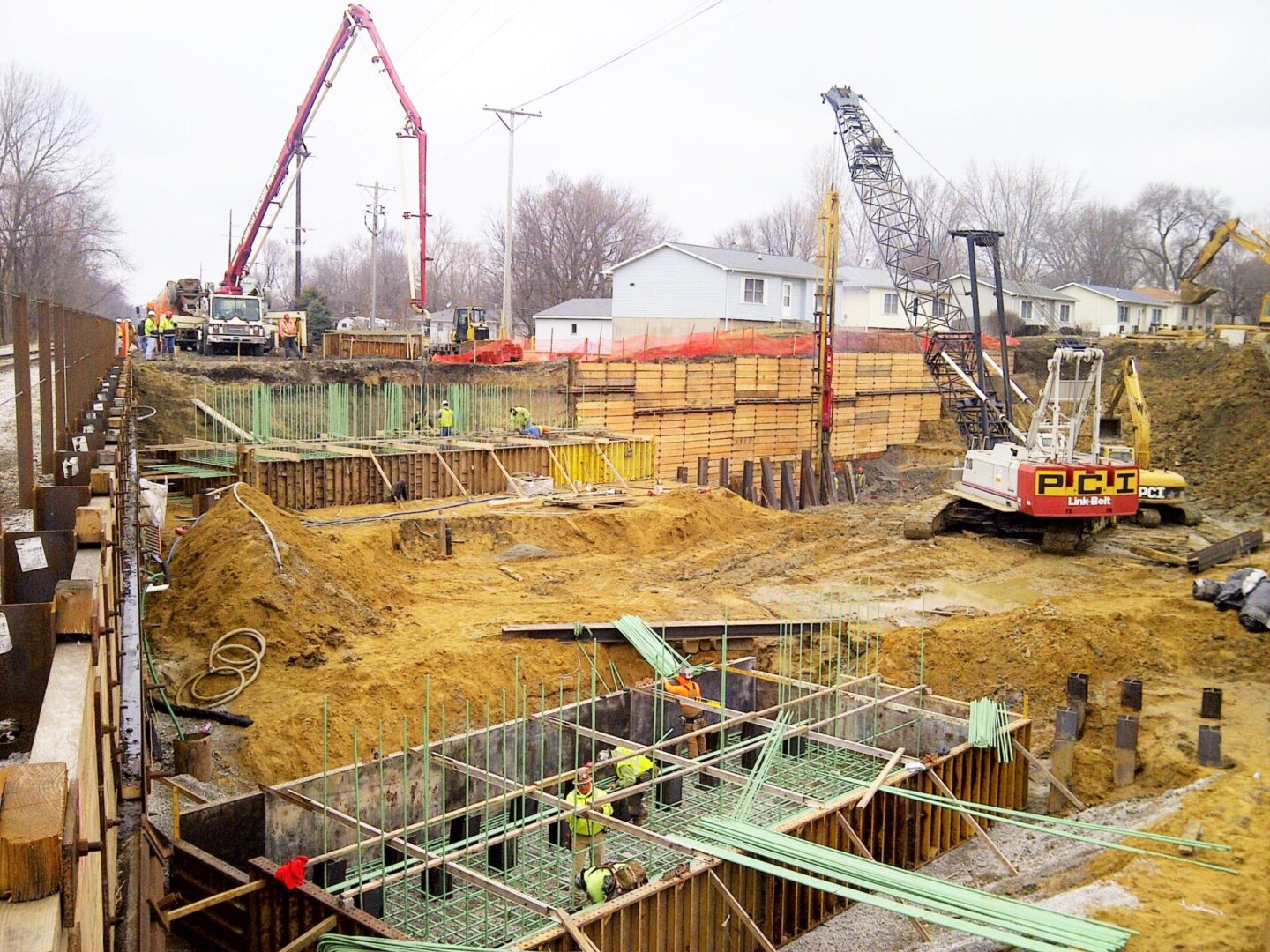