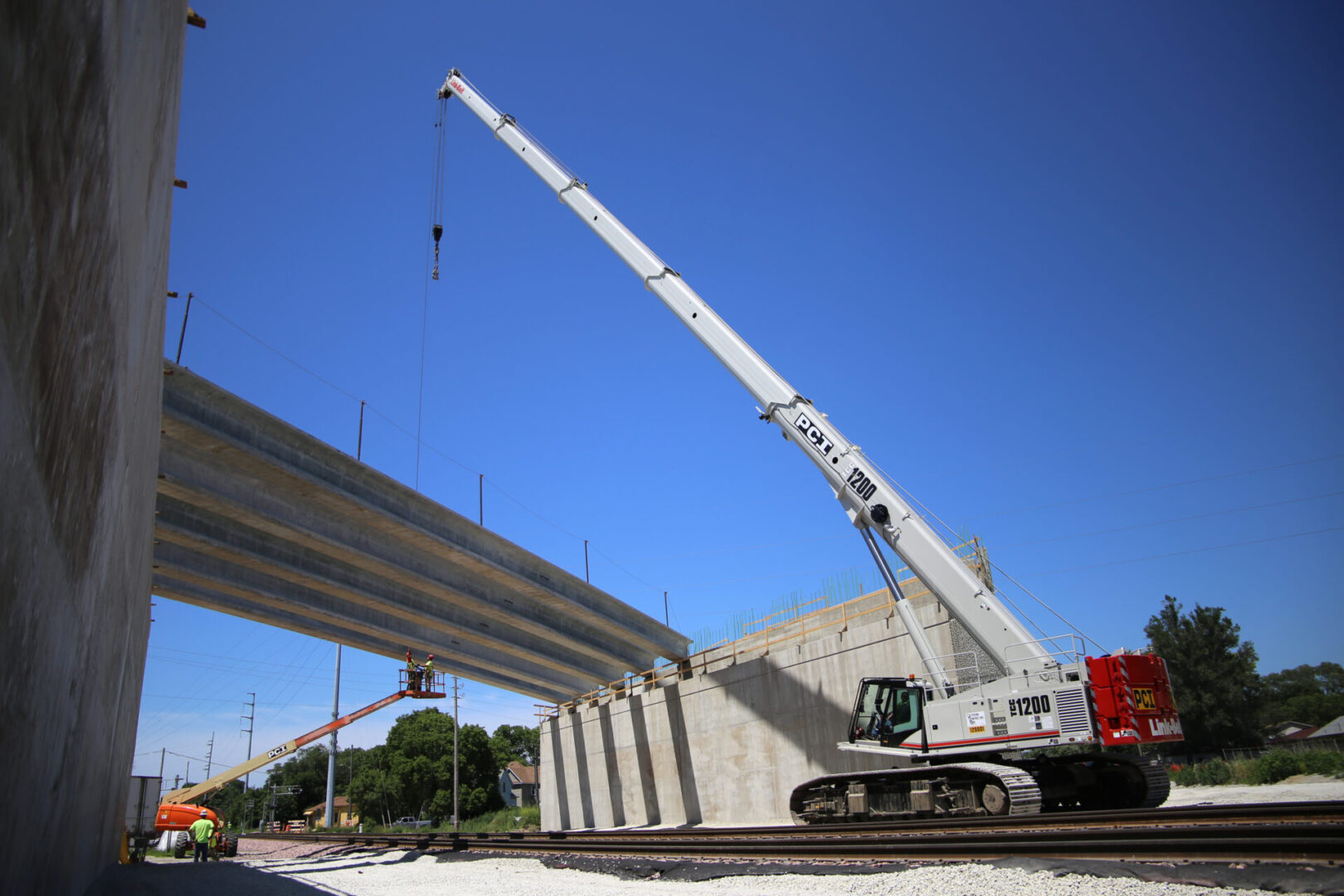 PCI was the General Contractor for the Highway 63 Bridge project in Waterloo, Iowa.  The main purpose of this project was to replace an existing railroad underpass with a railroad overpass bridge on US 63 in Waterloo, IA. The project duration was 2 years and included 8 stages of work. A permanent groundwater mitigation system was a major component of this work. Once the dewatering system was installed, demolition of the existing railroad bridge was able to happen after building half of the project partially up to grade, which allowed PCI to install a shoofly at the new grade to maintain access for the railroad. Following demolition, PCI was able to get the railroad back to its permanent alignment and build the remainder of the project to grade in preparation for the new overpass beam bridge.

Construction continued with MSE walls to elevate US 63 up to the new bridge approaches and ultimately, the beam bridge was installed over the railroad. There was a major aggregate backfill operation between the walls to get the roadway up to grade. After setting the bridge beams, the bridge was poured using twin Gomaco C-450 deck finishers. A new walking tunnel below the roadway also sits in the same place as the previous pedestrian bridge. 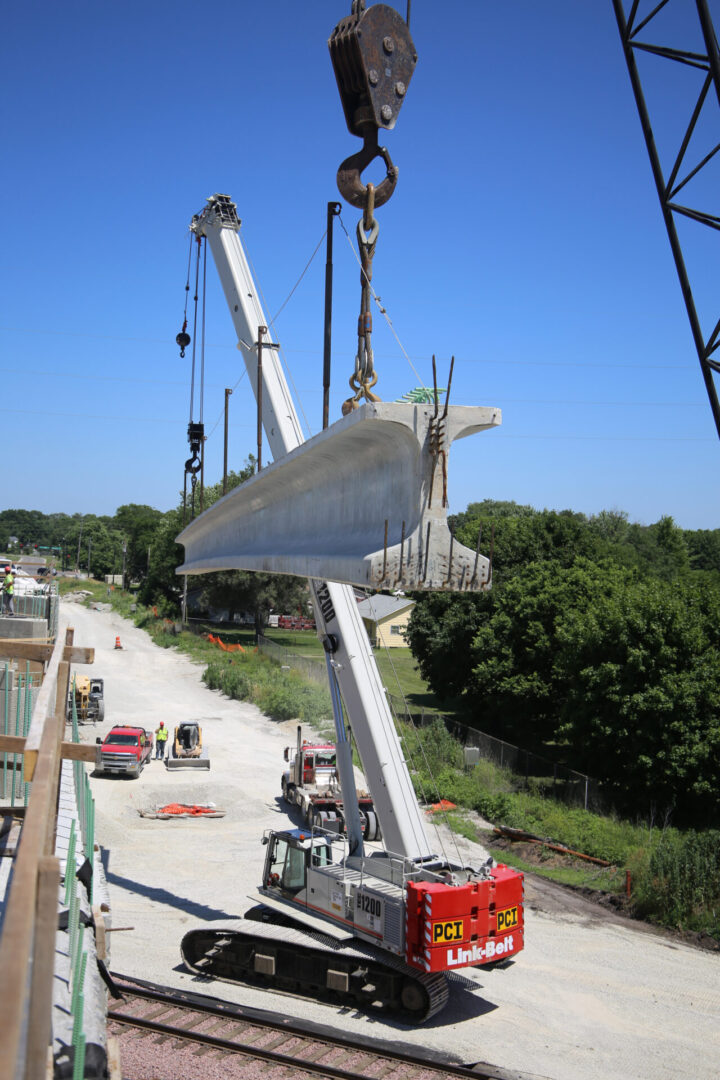