PCI demolished an existing bridge and constructed a new bridge over Loup Canal along the Union Pacific Railroad in Columbus, Nebraska.  The existing bridge remained open to railway traffic during construction.  In order to construct a new bridge immediately adjacent to the existing bridge, PCI designed a barge to support the crane that would place the new steel bridge decks in place.  A temporary railroad crossing was used to bring in the 90-ft center span beams and two cranes were used to pick the beams up over the tracks.

The demolition of the existing bridge over the UPRR was performed by sawing and removing slabs and beams using cranes.  For the section of the bridge outside of the right of way, temporary containment structure was constructed. 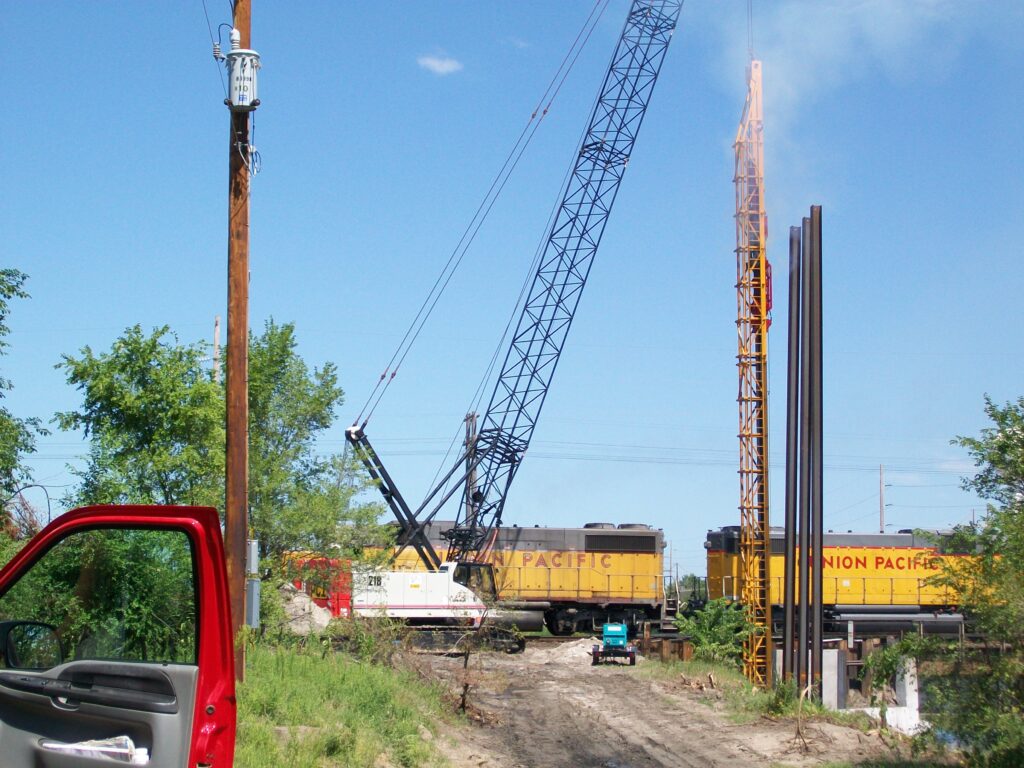